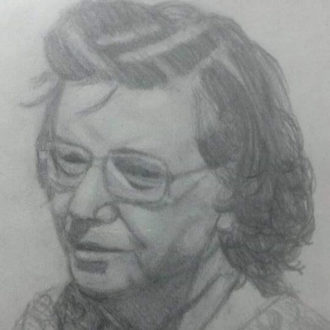 The importance of unravelling our past trauma

Somewhere amongst my family memories there is an old photo of my grandfather with his three siblings: the eldest, his sister and his two older brothers. His appearance is noticeably different from the others, his skin darker. According to the story passed to me his complexion reflected afghani heritage. He was his mother’s fourth illegitimate child. The local gossip was that men ‘frequented’ her home. His mother died when he was just four years of age, and he never knew his father.

Mum recounted some of her memories of her dad, they were often filled with pain. He taught himself to read and write, spent some of his life in an orphanage and from the age of six smoked discarded cigarette butts he found in the gutter. She even said he named himself Reginald Percival Brown. Mum remembered him visiting his mother’s grave site in the West Terrace Cemetery in Adelaide. As he stood beside the grave he would cry, “Why, why, why?”.

He became a carpenter and married the youngest daughter of the owner of the boarding house at which he stayed. Mum could hear their arguments at night from her room. They struggled with money. Nanna had been depressed, and eventually they separated, and she went to live with my unmarried uncle after trying to kill herself.

Mum carried guilt about her mother. She was unable to carry equally the burden with her brother, despite travelling regularly to Adelaide to see her. But she was married with four children and lived three hours by car in the country. She blamed her father for her mother’s depression and carried this angst into her own life. I know she was tortured about her parents’ relationship and spoke more about this after her stroke.

Mum died only a few years after her own mother had passed away. She carried this grief into her own life, and it affected her health. Mum made unhealthy lifestyle choices and ate to soothe the pain. Back in the 70s when her health started to fail, not a great deal was known about past trauma and its affect on our health. Trauma affects how we respond to situations, how our body reacts and how we cope. This affects our stress levels, relationships, and choices.

Above is a sketch I did of mum during the time our lives most intertwined. She was 53 at the time, and pain was etched on her face. Much of my journey has been about unravelling my trauma from mum’s and so I can deal with my own. Although this has been the most difficult task, it has given me the greatest freedom to choose a more fulfilling and healthy life.

If you want to talk about what you fear is holding you back from a more fulfilling life, feel free to message me for a chat.