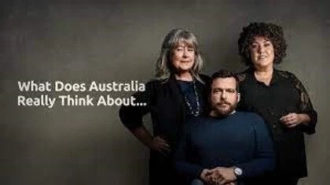 What Does Australia Really Think About Obesity?

This week I watched ‘What Does Australia Really Think About?’ on SBS here in Australia. The final episode was about what Australians think of Obesity. The series shows the personal perspective of those who struggle with obesity and it conducts social experiments, a national survey and hidden filming to reveal how we view it. It was brilliant!

Sadly, the struggles experienced by other Australians like myself in this episode were all too familiar to me. I was surprised by the number of people who were rejected and bullied because of their weight. Compared to my weight at its peak, they were not obese. Yet they were treated to outright criticism and bullying.

Our society’s perception of obesity is biased. Obesity is misrepresented in some way in all areas of our culture – medicine, education, charitable organisations and socially. No area of our life is free of this bias.

School was a minefield of negative interactions with, and isolation from students and staff because of my weight. The bullying continued at work where I was underpaid for my skills, responsibility, and qualifications. I was even ‘delivered’ of a demon at church because of discrimination for my size.

The stares of disgust and out right bullying continued for me until I had the rolls of flesh removed from my body. Even though I had lost around 100kg before that point, it was not enough to stop it. Yes, I may still look ‘big’ to some and there are a rare few who cannot keep themselves from making comments. But the outright bullying has ceased, and I am no longer the side show freak. I am extremely grateful for this.

Obesity remains the last bastion of discrimination. We are asked not to discriminate against age and disability. We are encouraged to respect and treat all people the same. But what of obesity?

Why is obesity not seen as a health issue rather than a moral issue at the very least? Our narrow-minded view does not consider genetics, stress, bone structure and undiagnosed health issues.

I am not saying that everyone who is overweight lives on a diet of salad and fish and exercises each day. But I am asking that we stop and think about what we say before it leaves our lips. Is the comment backed up by scientific evidence, or is it just our problem, what we have been told to think?

Below is a link to the program which can be viewed on SBS on Demand. Please take the time to watch all three episodes as they are all brilliant.