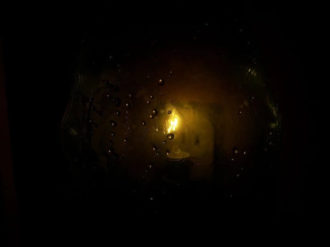 Recent events have brought up some old memories for me. My dad was a dominant man. He viewed women as the inferior sex, but he sweet-talked women when he met them. What I have said so far is pretty typical of his generation. It was common that women were considered weaker than men and treated as less intelligent.

But dad added another layer to this. He was the kind of man you could not say no to. We could not disagree with his opinion or confront him an any way. He was also demeaning when he spoke to me. Any confrontation would end in a rant of shaming, vindictive, humiliating words from him. I know now that his comments were verbally abusive.

I was the third daughter. Looking back, it is pretty clear to me that he viewed me as unnecessary. I was not a needed child. To protect myself, I avoided him. Even my best attempts to please him were often met with dismissal. I always felt I had to do something extremely good to be acknowledged, like getting a degree. But, after the first flush of positive comments, the inevitable put-downs would return.

At the time I knew no different. To my thinking, I was a bad person, selfish, unmotivated, inferior and disrespectful because I could never please him. I was trapped in an impossible situation and reacted with indifference towards myself and others. I sat for long periods of time impulsively eating my way to an early death with no motivation to change. The way I saw it, life was purposeless. If I drew attention to myself, he would shoot a demeaning comment toward me.

Mum tried to soften the attacks, but he humiliated her, too. When she became ill, she could no longer defend herself, much less me. My life fell apart.

For some time, I was a victim. In many ways it would have been easier to stay that way. But I chose to find freedom, focussed on the hope of true love and pressed on. It was a long and difficult journey out. But the fight to have my own life was worth every painful twist and turn in the journey.

30 years down the track with hindsight I can see that there was hope, even in that situation. Not only did I get a degree, I now have a Masters degree. I no longer feel isolated but can boast a beautiful range of friends. Obesity is not an issue for me, nor is overeating. My greyhound and I walk each day. Life is good. I am a motivated, free woman and I am very proud of it.

Are you struggling with life? Are you feeling overwhelmed? Is it difficult for you to see hope on your situation?

Push on, cling to the hope that you are loved. There is a way out of this pain. The battle is worth it.